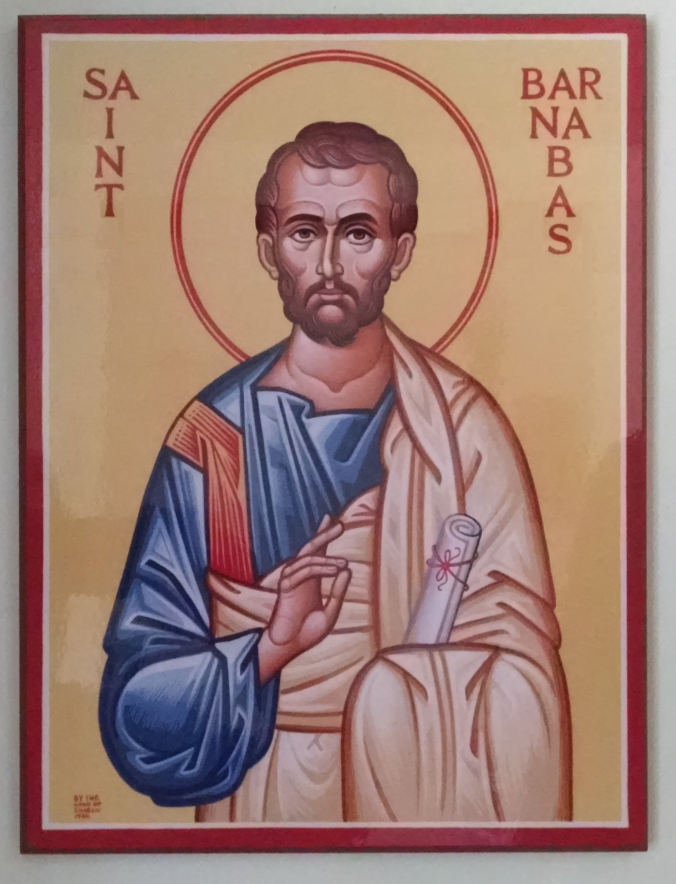 The spiritual gift of encouragement is highly undervalued. People seldom strive to be encouragers. It’s more natural to criticize and complain about others than build them up. And if we’re honest, encouragement seems pretty lame compared to cooler gifts like healing or speaking in tongues.

Barnabas is one of the most important Christians who ever lived. And he was an encourager. He didn’t write any books of the Bible; he isn’t even a main character! But through his encouraging influence, the church received its greatest apostle and a gospel author. He challenges us not to overlook the power of encouragement.

Son of Encouragement
Barnabas first appears while the believers are still contained in Jerusalem. He sells some property and donates the proceeds to the church. Luke introduces him as “Joseph, a Levite from Cyprus, whom the apostles called Barnabas (which means Son of Encouragement)” (Acts 4:36).

Barnabas is sent to Antioch when the church in Jerusalem hears that Greeks are believing the gospel. He is glad at what he sees and encourages them to remain faithful to Jesus. Here Luke describes him as “a good man, full of the Holy Spirit and faith” (Acts 11:22-24).

Barnabas finds Saul in Tarsus and brings him to Antioch to teach. The church sends them to deliver a financial gift to the believers in Jerusalem. They return from their mission with another companion, John Mark (Acts 11:25-26, 29-30; 12:25).

Barnabas and Saul are then sent on a missionary journey. They tour Cyprus and Turkey preaching the gospel, planting churches, and appointing elders (Acts 13-14). After this they are appointed to speak at the Jerusalem Council regarding circumcision (Acts 15:1-2, 12; Galatians 2:1).

Some time later they disagree so sharply that they part company. Barnabas sails for Cyprus with John Mark, and as far as we know never works with Paul again (Acts 15:35-40). Tradition tells us he founded the Cypriot Orthodox Church and was stoned to death by the Jews in A. D. 61.

Not only that, it was Barnabas who wanted to bring John Mark along a second time. This is probably because Mark was his cousin (Colossians 4:10). Although Paul had given up on him, he later asked to see Mark “because he is helpful to me in my ministry” (2 Timothy 4:11). It was this same Mark who likely wrote the Gospel of Mark!

Barnabas isn’t a prominent Bible character. But he was an encouraging mentor to the apostle Paul and the author of Mark. Unfortunately, self-promotion happens in the church today. Many aspire to be “celebrity pastors.” What could happen if we imitated Barnabas’ humility, or embodied his desire for others to succeed?

What do you think? Cancel reply

I am a Christian. My hometown is St Louis, MO. I graduated from Bible college and served nearly a decade in ministry. My wife and I have three children. I like coffee, baseball, Batman, and disc golf.

More Than Church Has to Offer

More Than Church Has to Offer